As part of its 30th anniversary celebration, experiential travel company andBeyond just launched five new itineraries specifically for teenagers and parents, offering a chance to connect while making a difference on an incredible journey. The conservation-focused itineraries are available in South Africa, Botswana, Mozambique, Tanzania, and Chile. 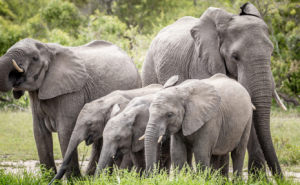 What makes these itineraries a “challenge” is that all of the teens will be challenged, as andBeyond’s guides are, on what they have learned while out on excursions, earning certificates and prizes that will be handed out at a festive ceremony dinner at the end of the trip. These excursions are a call to all aspiring conservationists, planet warriors, budding rangers, or any teen who loves the wilderness and its creatures and wants to leave the world a better place.

*This itinerary has been specially curated for a teenager (14-18) and their parent. In the spirit of giving back, the nightly rate for the teenager will only be at 50% of the adult rate.

This four-night set itinerary takes place at andBeyond Phinda Private Game Reserve with guests staying at Phinda Vlei Lodge. Teens and parents will mingle with their peers the first afternoon followed by a game drive and a dinner where the hosts will lay out the program for the next few days. This program comprises:

Rate: ZAR 72,500 per person sharing (already including the 50% off rate for the teenager)

This four-night set itinerary takes place at andBeyond Xaranna Okavango Delta Camp. After an introduction to the group and a game drive, the Botswana Regional Trainer for andBeyond will host a dinner and outline the program, which will include:

This marine-conservation focused itinerary takes place at andBeyond Benguerra Island and is perfect for ocean-lovers. The program consists of:

Rate: From $5,020 (based on one adult and one teenager sharing a room)

This five-night journey focuses on the Serengeti National Park (after one night in Arusha). Activities include:

This four-night itinerary at andBeyond Vira Vira focuses on conservation and local culture through activities such as:

Rate: From $3,465 (based on one adult and one teenager sharing a room)

On the heels of Napa Valley’s harvest is Cabernet Season, which stretches from November to April. During this time, visitors can get a taste of newly released cabernets while taking advantage of the region’s slower pace, lower hotel rates, wider access to winemakers,  and new tasting experiences. Not to mention, nabbing reservations at Michelin-starred restaurants has never been easier. Photo opps are also endless with brilliant swaths of mustard flowers popping up everywhere. Here’s a Napa Valley winter travel guide blending new and noteworthy.

This year marks the 12th annual Winter in the Wineries Passport program. For $60 per person, guests receive complimentary wine tastings at 14 participating wineries in Calistoga, Lake Country, Pope Valley, and St. Helena. Other perks include complimentary corkage at participating restaurants and discounts at Calistoga hotels, spas, and shops. Visitors who are especially interested in St. Helena should consider the “Little Book of Big Experiences” wine passport, a $75 purchase with an $800 value. That gets you wine and food pairings, tastes of rare-batch wines, and private wine tastings at 14 of Napa Valley’s top wineries.

While Napa Valley’s wineries are always a draw, keep in mind that the vines only account for nine percent of the county—in other words, there are plenty of other activities to do beyond wine tasting. With off-season temperatures hovering around the mid 60s, it’s an ideal time for getting outdoors, whether that means hiking the trails that crisscross the Mayacamas and the Vaca mountain ranges, biking the Napa Valley Vine Trail, or lacing up your sneakers for the Napa Valley Marathon on March 6, 2022. Don’t miss a walk through the Napa Rail Arts District. Inspired by Wynwood in Miami,  the two-mile stretch of murals turned forgotten outdoor spaces into large-scale works of art.

No cool-weather visit to Napa Valley is complete without a warming spa therapy in the town of Calistoga – originally built around abundant, natural hot springs. Detox at the new outdoor treatment rooms at Dr. Wilkinson’s Resort & Spa or opt for the signature mud bath treatment at Four Seasons Napa Valley, which opened in November 2021.

America’s premier wine region not only lures visitors with its stunning vineyards and Michelin-starred cuisine, but also with its selection of accommodations – where the fireplace rivals the pool as the must-have amenity. The best rates can be found now through March enticing guests to stay longer and experience boundless activities. A selection of offers include third night free at Carneros Resort & Spa, Vista Collina Resort, Silverado Resort, Solage, an Auberge Resort, and River Terrace Inn while at Milliken Creek, Lavender Inn, Maison Fleurie and Estate at Yountville, travelers can enjoy 30 percent off two nights or more.

Why falconry should be your new favorite hobby 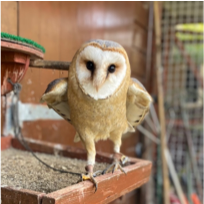 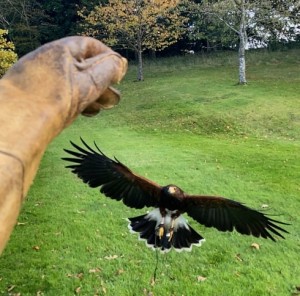 Falconry is certainly not a new fad. In fact, it dates back to 2,500 BC and is the oldest form of assisted hunting known to man. That said, it is new to many, especially Americans visiting the British Isles where falconry has remained a country house pastime for over a thousand years. If Alice, Pickles, and Alvin can’t convert Dromoland Castle guests into falconry enthusiasts, then head falconer Dave Atkinson certainly can.

Dave has created an incredible, European Association of Zoos and Aquaria-accredited mews filled with Peregrine falcons, hawks, and owls (including those beloved individuals named above). Guests go on “hawk walks” with Dave and learn about the history of falconry and get to experience the unique thrill of a bird of prey swooping low to the ground, wings spread, and alighting on their raised (and gloved) hand. Dave is a font of knowledge (not only about the birds, but also about local rock-climbing spots and surf breaks). He has been a passionate falconer since training his first sparrow hawk at the age of nine.

More recently, falconry has been tied to sustainability efforts. Like many other creatures, falcons have been increasingly threatened by habitat loss, scarcity of prey, and climate change. Falconers have long been advocates for sustainability as a means to protect these birds of prey (some of the world’s earliest avian conservation laws date back to the 14th century and were put in place to protect birds of prey). Since the 1970s when people began to notice raptor population decline, falconers have been some of the loudest voices in the conservation effort.

For a pop culture tie-in, The Rolling Stones can also thank falconry for one of their hits. Along with sharing some history about the pastime, Dave also shares the many words and phrases that are in our vernacular that come from falconry such as hoodwinked, haggard, being wrapped around one’s little finger, being fed up, being a boozer and of course, being under one’s thumb.

Set on 450 acres of parkland with 97 rooms and suites, Dromoland Castle dates back to the 16th century when it was home of the O’Brien family, whose lineage dates back 1,000 years to Brian Boru, one of the last High Kings of Ireland. Converted to a hotel in the 1960s, Dromoland Castle exhibits the best of its regal Irish heritage.

Rates at Dromoland Castle start at $352.